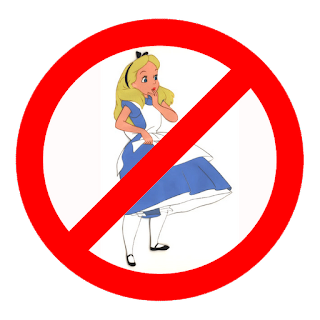 In recent years, I have become increasingly annoyed by the high regard in which 'imagination' is commonly held. The word is used almost synonymously with 'creativity'. It is time for me to speak out. I am against it. There. I appreciate that to declare yourself to be against imagination is to equate yourself with the worst excesses of Gradgrindian utility, or fascist suppression. 'Imagination liberates,' you will say, 'whereas reality is a prison.' You are wrong. Imagination is a dead end.

I don't believe that reality/imagination form a true opposition. 'Reality' is itself such a murky concept that almost anything could be placed in opposition to it. I find system/madness a more useful distinction. If madness consists in the chaos of the unknowable, and system is merely the makeshift collection of stories and games we call 'knowledge', which we indulge in to make sense of it all, then 'reality' becomes little more than a tradeable commodity along that axis. We need madness to refine and adapt our knowledge and understanding of the world, but gaze too deeply into the chaos, and all our systems, laws, accounts and logic begin disintegrate. All true creativity springs from that dangerous madness, but imagination is something else.

Imagination is not creativity; it is a product of the same rational part of the mind that creates those systems that limit and define us. We use imagination in order to shield us from the madness that threatens those systems. Imagination merely supposes a world in which knowable elements are swapped or substituted as a sort of stand-in for the realm of madness. A cow that flies, a car that talks, a dancing tree, a bee that sells you insurance: these delightful and fanciful images could be assembled by a computer using an algorithm to pick out interesting combinations. Imagination is rarely edgy, hardly subversive, never destructive. Notions that derive purely from the imagination cannot undermine us. Madness, however, is treacherous and impalpable.

When we are ready to look beyond imagination, to use parts of our brains in unthinkable ways – beyond the rational, conscious skill of contriving unlikely combinations – to risk our very identities, to kill 'the watcher at the gates of the mind', to transcend language, to submit to the deadly madness that crouches in the shadows of all our daily activities, then, and only then, are we creative.
Posted by Michael Brunström at 21:17 0 comments

Fear of the Blank Page 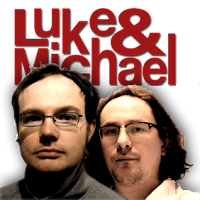 A new blog these days is like a new exercise book used to be. I am not alone in my fetish for stationery products, and I'm a proud lifelong fan of Ryman. There is something emotional about their shops. The promise they encapsulate – in all that pristine paper, those fully-charged pens and empty filing systems awaiting content – is overwhelming. The entirety of human creativity is there, suspended in perpetual potentiality. Ryman is a sacred time-locked temple of the possible.

When I was at school, my slowest, best handwriting and my most carefully considered words would fill the first page and a half of any new exercise book. Thereafter, with the first crossings-out, dog-ears and smudges, the quality would rapidly diminish. By the end of term, the thing was a complete disgrace.

By the age of twelve, I realised that maintaining the perfection of a new exercise book was a practical, philosophical and linguistic impossibility. In order to combat my instinctive terror of the first page, I got into the habit of deliberately spoiling it with messy scribbles or spillages. This act of rebellion against the blank page's stern reproof (an assertion of the supremacy of the id over the super-ego), liberated my creativity, and allowed me to write what I wished, free from the injunction to be perfect. Thus, content and creativity were always born out of a destructive act.

The notion of reality being born from an imperfection is well rehearsed in both religious and scientific narratives. The Big Bang is a wobble, the accidental imbalance of quarks and anti-quarks that crudely spits out matter and energy from pure undifferentiated light. Gnostic myths also tell of the physical world being an imperfect emanation from an uncreated sphere of unity.

Vestiges of that pre-Creation perfection remain in our imaginations, like a half-remembered Platonic Form, even as we get older. We see it in a freshly-laid carpet of snow on a January morning, into which we feel compelled to rush out. Or a blank canvas. Or the surface of a crème brulée. Or, if you like, the empty stage that exists in the moment of an intake of breath, just before an improviser steps out and opens his mouth to speak.
Posted by Michael Brunström at 15:42 0 comments